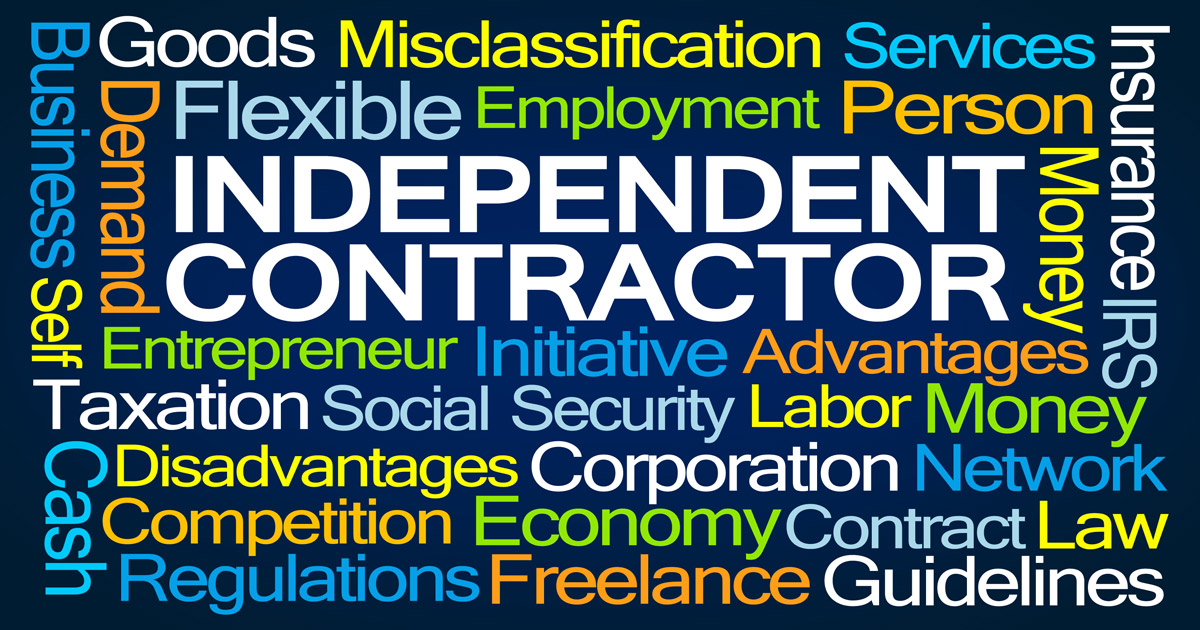 The ABC test has given employers a three-pronged definition to categorize a worker as either an employee or an independent contractor. More than 20 states have enacted elements of the ABC test, which was initially introduced after a 2018 court case in California established its new criteria. The criteria lay out three elements that must be evaluated to determine the status of a worker. If the worker meets all three criteria, the employer may classify the worker as an independent contractor. If any of the criteria falls short, the worker will default to the status of an employee. The burden is on the employer to prove that the worker meets all the defined criteria.

What is Affected by the Classification?

The classification as an employee allows the worker certain benefits, such as social security payouts and Workers’ Compensation coverage. Some states use the test to set standards for minimum wage, overtime rules, work-hour statutes, and the eligibility for unemployment insurance. Other states apply the conditions in the test only to jobs in specific industries.

What are the Three Elements?

As defined in the California case of Dynamex Operations West, Inc., v. Superior Court, the classification of employees must be evaluated with regard to three employment conditions. The worker must meet all three of the following conditions to be classified as an independent contractor:

In order to understand the ABC test criteria, it may help to breakdown each of the three elements used to designate a worker as an independent contractor.

Control and Direction of Work

The first prong lays out the arrangement as it relates to control and direction. In other words, the worker is an independent contractor if they are free to do the work as they see fit with no training or oversight from the employer.

Work Outside of the Employer’s Business

The third prong has to do with whether the worker performs similar duties for other entities or under other circumstances. Presumably, the plumber mentioned above might also perform plumbing jobs for other clients. Licensed professionals with their own practice fall under this category.

If believe you are a misclassified worker and your work contributions have been misrepresented, you may be due compensation from your employer. If you are a business owner, you may benefit from guidance to avoid misclassification liability. The experienced California employment classification lawyers at Miller Shah, LLP can help. Contact us online or call us at 866-540-5505 for an initial consultation. Located in Pennsylvania, New York, California, Florida, New Jersey, and Connecticut, we serve clients nationwide.

This website uses cookies to improve your experience while you navigate through the website. Out of these, the cookies that are categorized as necessary are stored on your browser as they are essential for the working of basic functionalities of the website. We also use third-party cookies that help us analyze and understand how you use this website. These cookies will be stored in your browser only with your consent. You also have the option to opt-out of these cookies. But opting out of some of these cookies may affect your browsing experience.
Necessary Always Enabled
Necessary cookies are absolutely essential for the website to function properly. These cookies ensure basic functionalities and security features of the website, anonymously.
Functional
Functional cookies help to perform certain functionalities like sharing the content of the website on social media platforms, collect feedbacks, and other third-party features.
Performance
Performance cookies are used to understand and analyze the key performance indexes of the website which helps in delivering a better user experience for the visitors.
Analytics
Analytical cookies are used to understand how visitors interact with the website. These cookies help provide information on metrics the number of visitors, bounce rate, traffic source, etc.
Advertisement
Advertisement cookies are used to provide visitors with relevant ads and marketing campaigns. These cookies track visitors across websites and collect information to provide customized ads.
Others
Other uncategorized cookies are those that are being analyzed and have not been classified into a category as yet.
SAVE & ACCEPT